The One Thing Successful People have in Common…

The good news with those that are currently investing over the last several months is that the market is still in a softened state after April’s Ontario Fair Housing plan was released and the slight rise in interest rates. We recently shared a market update with our meetup group and saw that for the main markets we invest in (Hamilton, Durham, Barrie, KWC), prices have fallen back to roughly January levels. Rents have remained strong and have been increasing in many markets meaning those that have properties with cash flow should not have felt the rate increases announced a couple of weeks back. Although I try not to time the market, in my opinion I expect prices to rebound sometime around September to the April time-frame given similar events in Vancouver and also not much change with consumers and the long term economic fundamentals of the Golden Horseshoe. If you are interested in Real Estate Investment, and want to learn more, or want us to help you secure investment property, please feel free to get in touch.

For this post, I’m not going to focus on Real Estate directly, but rather something that not all of us have, and is very difficult to learn…GRIT.

What a simple definition for something that could be so difficult, specially if you want it. There was a great TED talk this year by Angela Lee Duckworth that describes Grit as the single attribute that is most common in successful people (Click here to see the 6 minute video, its worth it!). IQ, how smart you are, or how fast you learn didn’t have anything to do with it. Life and success are marathons, and those with grit really understand long term goals rather than instant reward. There are so many talented individuals that fail even when they had so many things stacked in their favour. But what is really interesting is those that are not very “talented” or had numerous failures reach mega success. 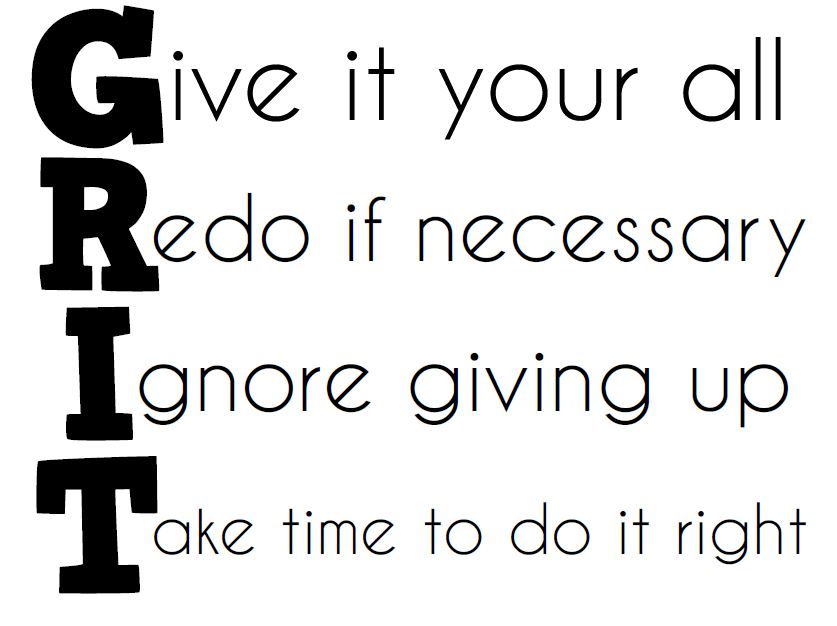 In my corporate life, I referred to grit as “Drive”, which is almost impossible to teach or coach. There is a really good book I recently read (well, actually listened to on Audible) called “So Good They Can’t Ignore You” by Cal Newport. It talks about how following your passion in your career could be flawed or harmful, and how building skills (or becoming a craftsman) is far superior. Interesting that the book focuses on building skills over the long term rather than simply following a passion (which may be disguised as simply a hobby or interest, specially when we are younger and unsure what we want to do). Society has been telling us to follow our passion for years when maybe it is not really the best advice. In fact, it could lead to frequent career/job changes and more stress/anxiety. Many times, when people follow their passion, they may realize it just wasn’t the right fit for them, or they didn’t know all the work involved.  I will not go into the research here, but it is a very interesting read that I found a lot of truth to. Besides, if all of us simply followed our passion, would we have widely successful companies like 1800-Got-Junk? How many people grow up wanting to be accountants, lawyers? There is some truth that finding a passion could be learned from simply doing and doing and doing …Hmmm, this kinda sounds like Grit!

They use the example of Steve Jobs in the book. He dropped out of college in his early 20’s and became a hippie. Jobs travelled to India to “find enlightenment, visited with monks, became a vegan, did LSD, and also became a Zen Buddhist and artist. Jobs also admitted that if he didn’t work with computers he could see himself being a poet. During this time in his early 20’s he also co-founded Apple, this does not sound like a person following their passion but rather seeing an opportunity and relentlessly going after it. Jobs is an example of a true craftsman who had grit, and through this he developed a passion for what he did with Apple, but by no means was that his passion growing up, or even when he started. Steve Jobs had Grit!

Regardless of if you have passion for something you are working on or not, I recommend to suck-it-up and give it your best, it pays back in so many ways when you really want to achieve something later in my opinion. It took me 14 years to start to finally live my life on my own terms. Some of those years were filled with business failures and lots of hard work that did not amount to anything. I for one would not want to go through some of those years again, but I would not be where I am today if I did not.

Visit us at www.mkproperties.ca  and our page MK Investment Group on facebook or LinkedIn to learn more about how we invest in real estate to profit in both an increasing or decreasing housing market. Or contact us if you would like to learn how we are providing double digit returns for our partner’s and clients year over year.

If you live in the GTA, we have started the Vaughan Real Estate Investors Club – a meet up run by investors for investors. If you are just starting out, or a seasoned pro, come out to Learn and Network with others like you. Click the link above to go to our site on meetup.com or visit our page on facebook. We look forward to connecting in person.

Get FREE tips, strategies and other Real Estate Investment information to help Build Your Wealth